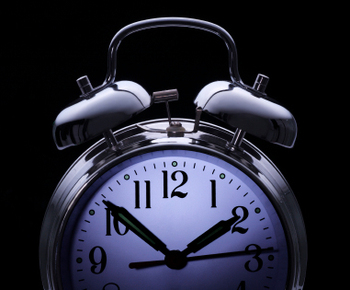 Sleep is an elusive and unpredictable bitch that switches up the timing of her escape between very late at night and much too early in the morning.  She requires that I court her all day long in order to gain a slim possibility of a rare eight-hour stretch that will leave me feeling like I won the lottery.  At least once a week I see or hear the sleep courtship rules that we have all memorized by now.  The advice to not drink caffeine or exercise late in the evening is like receiving instructions on how to tie my shoes at this point.  The only reason I continue to tune in is my hope for a new fix, just as I continue to read money-saving articles in hopes of something other than the advice to skip $5 lattes.  Note Starbucks’ success and the public’s tendency to follow that advice.

The number of adults that report trouble falling and staying asleep is on the rise, with approximately 17% reporting severe insomnia.  Ironically, as we become increasingly stimulated we are getting less rest.  The primary cause, however, is that the hypothalamus gland begins decreasing production of the human growth hormone associated with deep sleep in one’s early 30’s.  Peak production in the teenage years was responsible for those dreamy days of sleeping well into the afternoon (sigh).  I wonder if it is our body’s way of telling us that the older we get the less time we have to waste.I would love to wage an argument, but have learned that my body does not alter its’ course no matter how valid my debate is. A new study states that 80% of women report feeling too stressed or worried to fall asleep and 30% are now taking sleep aids.  According to IMS Health, a pharmaceutical intelligence agency, nearly double the number of women aged 40 to 59 were prescribed sleep medications than men in the same age group.  Perhaps this “intelligence agency” is somehow sabotaging our hypothalamus so that women do not take over the world…probably not, but that term makes me paranoid nonetheless.  The most prescribed sleep aid is Ambien.  I took Ambien for a year and it was very effective; knocked me out within 5 minutes.  The only side effect I experienced was sleep walking and eating snacks.  Potato chips were my sleep eating choice, but because I loved the deep Ambien slumber I ignored the chip evidence until I was busted.  During a visit my daughter and son-in-law witnessed me walk to the cabinet, grab the chips, and munch away on the couch with my eyes closed.  Of course they were laughing and asking me questions, but it seems my sleeping self was very focused on the chips.  Lucky for all of us, I had heard about the possibility of sleep walking, eating, and even driving, and always slept in pajamas.  I became afraid of what else I may be doing while asleep and night sweats began to make pajamas unbearable, so I weaned myself off Ambien with the help of Benadryl.  My doctor preferred that I try Trazadone over the Benadryl and although it is not nearly as effective as Ambien, it does make me drowsy enough to fall asleep by midnight most nights.  D.H. Lawrence expertly and lovingly described a night-long sleep:  And if tonight my soul may find her peace in sleep, and sink in good oblivion, and in the morning wake like a new-opened flower then I have been dipped again in God, and new-created.  Good night.

What do you think? Cancel reply